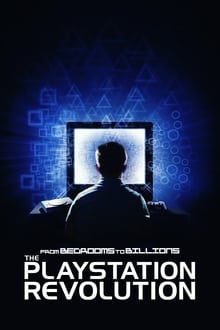 From Bedrooms to Billions: The PlayStation Revolution 2020

The PlayStation Revolution is an independent documentary feature film that uncovers the incredible story behind the creation of the Sony PlayStation. It is an essential watch for anyone interested in video games and the history of the biggest entertainment industry on earth. The film investigates why Sony decided to enter the video games business, when it was already dominated by both Nintendo and Sega, who not only produced their own hardware but made and published fantastic games. To compete, Sony would not only have to design and build a new piece of hardware, but they would have to find a way to persuade the game development industry to take a chance and develop games for it long before it even came out!