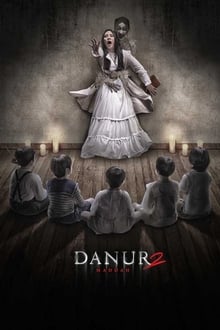 Risa (Prilly Latuconsina), a teenage girl who has 3 ghost friends named Peter (Gamaharitz), William (Alexander Bain) and Jhansen (Kevin Bzezovski). Risa now lives with her sister Riri (Sandrina Michelle), who is getting embarrassed with Risa’s ability to see ghosts. Moreover, they temporarily only stay together because his mother accompanied his father’s office abroad. His uncle’s family, Om Ahmad (Bucek) recently moved to bandung with his wife, Tente Tina (Sophia Latjuba) and Angki (Shawn Adrian) son. Risa and Riri often visit even stay at home om Ahmad and Tante Tina. Risa initially does not feel any weird with Om Ahmad’s house, but one day Risa caught Om Ahmad away with a woman, Risa hardly believe that her Om cheating, Risa dare not say to aunt Tina and choose to investigate themselves. But after that Angki tells some strange things happened and the strangest thing is the attitude of Om Ahmad changed. One night Risa is plagued by the haunting female ghosts in the house. Is it true Om Ahmad cheating? What is his relationship with the terror of the ghost woman in the house that annoys Om Ahmad’s family including Risa? Will Peter and his friends come to help Risa despite Peter warning of the previous risks about the dangerous evil spirits in Om Ahmad’s house?